This week was a busy one. I spent 5 days in Groningen, taking part in the ‘International Sports Management Game’; where a range of universities from countries such as Denmark, Germany, England and Holland came together in mixed teams, to act as management consultants. We were given multiple tasks, assignments and presentations, at various points throughout the week. The high volume of work tested our team work, tested our multi-national bond and of course our time management skills.

Overall the week was a huge success. I made some great new friends and worked incredibly hard on very little sleep. We decided that we could ‘couch surf’ for the week, which would keep the cost down. However after 2 nights the host decided we were too busy with the workload, and therefore not being sociable enough with him. (an aim of couch surfing is to spend time and get to know your host, with the aim of a return trip by your host to your own home at a later date)

So we were homeless! Luckily due to the large amount of Dutch students taking part in the game, we were able to find a student called Jesper with a spare couch to sleep on for a couple of nights. It was situated right above the red light district, which was incredibly entertaining for 3 young lads.

After we were finished in Groningen we decided to visit Amsterdam. We booked a house via AirBNB and it was perfect. After a long week of no sleep, to go to a house with 5 awesome friends, and spend two quality nights together, was just what was needed. The city is a mix of old architecture, historical museums, weed selling coffee shops, many international tourists and of course the red light district.

Traveling round, without much of a plan, is great fun. It’s the feeling of freedom. Relying on peoples good will, asking a favour with a smile to a complete stranger, talking to new people and experiencing new things; this is what Erasmus is all about, and it’s what life is all about.

A great way to end a great week. Bring on week 8! 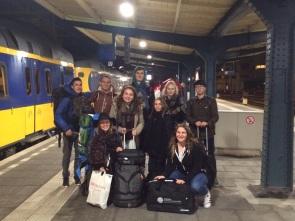 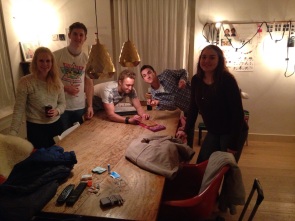